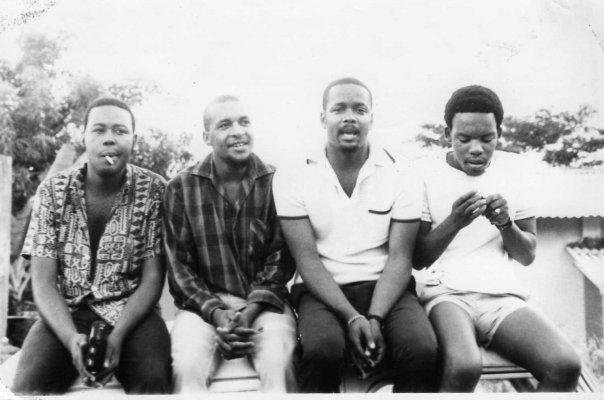 The Gaylords was one of the prominent bands coming out of the latter half of the 1960’s and 1970’s Dominica – a former British colony in the Caribbean not to be confused with the Dominican Republic. The Gaylords of Dominica as they later became known was formed when three young boys, Crispin Seaman, Greg Bannis and Clayton Julien Guiste, started practising harmonies together. This is the story of Gaylords of Dominica as told by one of the founding members of the band, Dominican born and bred Clayton Julien Guiste (b. 1946):

Who were some of the early influences for the band?

Our main influences when we started out were The Beatles because of their sweet blend of harmonies. We also styled ourselves on the Merrymen of Barbados and decided to call ourselves the Gaylords. In those days “gay” simply meant happy. We later changed our name to Gaylords of Dominica and again to Gaylords Power Union when we took some non-musicians to help with promotion and administration into the organisation. As a quartet we made our first public appearance in 1966 on a talent contest that we won.

At first, with only Chrispin Seaman able to play a guitar, we concentrated on writing and singing folk songs which allowed us to display our range of harmonies. Our style of music was a novelty to Dominicans then. At shows, we were accompanied most of the time by the ubiquitous Swinging Stars and occasionally by De Boys An’ Dem. We soon found that very inconvenient, and one day, at the beginning of May, 1967, our manager, Denis Joseph handed me a bass guitar, and said “go away and learn to play that!” By the end of May that same year we were able to do our first self-accompanied gig, with the assistance of a drummer, my cousin, Truxton “Charlie” Chalmers.

What did the local music scene music look like at the time?

In those days, the Dominica popular music scene consisted of the Carnival season steelbands of the day, an up-and-coming combo called De Boys an’ Dem and a band who recently celebrated their 50th anniversary called The Swinging Stars Orchestra. That band started as a school quintet called the Swinging Teens at Dominica Grammar School. Swinging Stars dominated the music scene, playing all shows, dances or festivals on the island. They had replaced the Casimir Brothers, who had held such dominance before, but whose members had either aged or emigrated to other shores.

Can you tell how the Gaylords got involved with local Carnival in Dominica?

We entered both Greg Bannis and Tony Henderson into the local carnival calypso singing  competition in 1968. Both Denis Joseph and I wrote calypsoes for them. Greg Bannis went under the soubriquet Lord Breaker, later shortened to Breaker, and Tony Henderson became Lord Bingo or just Bingo. Greg won the main competition, and continued to do so for the next three years, and Tony’s song, “Point Michel Girls” won the title of Roadmarch, which meant his song was the most popular on the streets for that year. 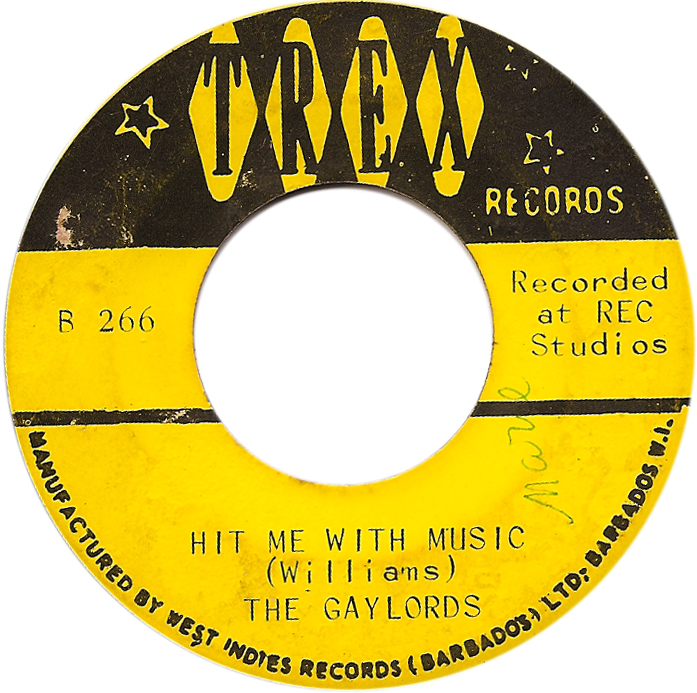 What lead up to The Gaylords recording their first LP in 1969?

In 1969, we represented Dominica, as part of a cultural group, in a Caribbean Exposition held in Grenada. From there, we then flew to the neighbouring island of Trinidad and, with the help of Ed Watson, a then famous and talented Trinidadian saxophonist, band-leader and arranger, we recorded our first Album called “To Dominica With Love” and two singles. We recorded Breaker’s winning calypsos, “Rebecca” and “Canada Cold”, and Bingo’s Roadmarch hit “Point Michel Girls”.

For all their years of dominance, Swinging Stars had never bothered to record their brilliant music, so we put Dominica on the Caribbean music map.

When did you guys decide to go professional?

We turned professional in 1971, when the calls on our services, at home and overseas, became so much, that we could no longer hold down our nine-to-five jobs. My parents were not pleased because I was a Customs Officer at the time, with brilliant prospects of promotion. But I wouldn’t have it any other way.

During ensuing tours and hotel residencies in English, American, French and the Dutch Caribbean, we recorded our second and third albums and a number of singles including “Hit Me With Music”, the first song from outside of Jamaica to make it to number 1 in Caribbean charts. By this time, the line-up of the group had evolved considerably from its original format. We now had Julian Gibson on lead guitar, while drummer Alwin Polydore and a blind keyboardist, Starret Francois had replaced Archie Francis and Fitzroy Williams respectively.

Listen to “Hit me with Music”

In the summer of 1973, we were asked to embark upon a United Kingdom Tour with John Holt, then in his heyday, and about to launch his One Thousand Volts Of Holt album. Unknown to us, we already had a huge Dominican following in England, who were extremely proud to have, for the first time, something from their homeland to cheer about. We re-recorded our Hit single, “Hit me With Music”, on the Spark label while we were in London, produced by Dave Clark of the Dave Clark Five, before returning to the Caribbean.

Six months later we were back in the UK, by popular demand, to do a headline tour, followed by a second John Holt tour, as he was about to launch yet another album. This was the beginning of the end for the group. Offers were made for the services of lead singer, Breaker, and quite understandably he left in late 1974. After trying to carry on, first without him, then with various inadequate replacements, the group split up for good in 1975.

During that period between ’74 and ’75, several recordings were made, including “Faydo, Faydo” and “You Turn Me On,” using the Barbadian spouge beat and featuring the late Tony Dee on vocals, on Grounation Records.

We also did “David & Frederick” featuring the late Dominican ex-pat soca vocalist Roy Alton as well as a reggae tune called “I Man Suffering”, which I wrote and produced. The singer was the late Starrett Francois, and it was released on a UK based label, Cosmos Records, founded by Bertram John, a Grenadian businessman, who was instrumental in taking us and John Holt on those UK Tours which I mentioned earlier. He also brought the Grenadian Band, Rhythm Riders and St. Lucian spouge artiste, Patsy Callender to the UK, and took us to the studio to re-do “Hit Me With Music” on the Spark label. 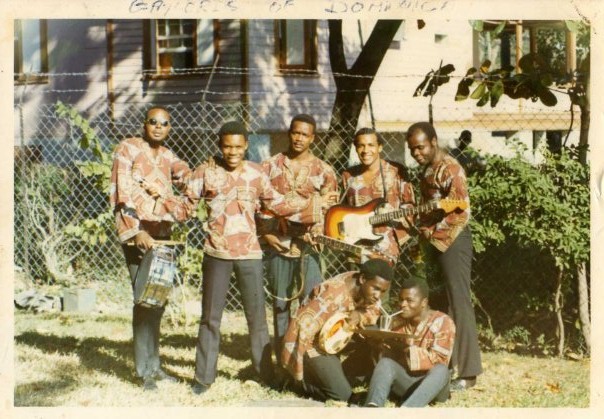 Besides Starrett Francois who passed away in 2008 the remaining members are spread out between the US, France, Dominica and the UK. Breaker, now in the UK, became the lead singer of Hot Chocolate, using the name Billy Brown. Julian lives in Lille in France and is a part-time musician and so is Alwin who lives in London. Dennis Joseph commutes between New York and Dominica. Tony Henderson and Chrispin Seaman are reported to be doing missionary work, the former in the US Virgin Islands, the latter in South America.

Clayton Julien Guiste is based in the UK, retired from teaching, and is devoting more time to music again.